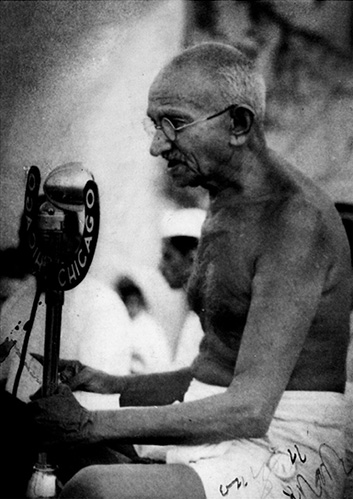 Mahatma Gandhi was not just father figure for India, but a human reformist who strived to make the human civilization better by fighting injustices of his times like colonisation, racism and instilled pride in one’s own tradition and culture. Gandhi’s message of non-violent resistance as a strategy for bridging social and economic inequalities stands out even today in the age of globalisation as the world is witnessing rising class and regional inequalities and an alarming increase in the use of violence as a tool to suppress and revolt.

For the developing traditional societies, his principles of non-violence, Satyagraha and respect for traditional skills and self-reliance through principles of Khadi are of utmost importance today. Satyagraha and Khadi continue to be relevant for marginalised groups look for redeeming their rights. For activists and communities striving for equities, the Gandhian methods are still the guiding principle and philosophy for socio-political work spanning across two continents in Africa and India.

Who pushed the human world to a more equitable society, with his philosophies and theories.